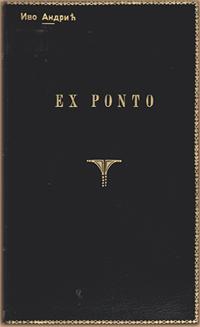 Andrić’s first published works were poems and he continued to write verse intermittenly all his life, although much of it was not published until after his death.

His first poems appeared in the context of the Young Bosnia movement. The writing of its members is in marked contrast to their robust active personalities. The poems Andrić published before the First World War are virtually indistinguishable in tone from much of what his contemporaries were writing. Nevertheless, it is probably true to say that in his case the role of the political activist, however sincerely he played it at the time, was fundamentally unsuited to him. By contrast, however, the prevailing melancholy seemed to match his temperamental reponse to the world.

These early poems point in no particular direction, beyond establishing the free verse form of virtually Andrić’s poetry and a tendency to a mournful self-pity which sometimes threatens his personal statements. 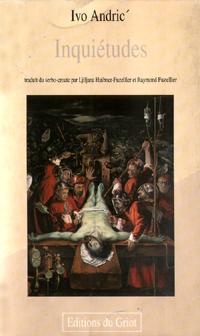 The prose poems written during the War represent a personal conffesion and cannot be considered merely the reflection of a literary vogue. “Ex Ponto” (the title refIz Andriceve rizniceers to Ovid’s account of his exile on the Black Sea) was published in 1918; “Unrest” in 1920, when “Ex Ponto” was already reprinted. Thereafter Andrić refused to allow them to be included in any of his collections of his works published before his death. He rejected them because they seemed to him too intimate. But, they are important since they contain ideas and themes which recur in his later works.

The strong emotional colouring was toned down in Andrić’s later prose poems and verse but their form, a combination of aphoristic statements and longer reflective passages, continued to appeal to him. “Ex Ponto” and “Unrest” record Andrić’s emotional reaction to the circumstances of his early life and the development of a number of themes around the central paradox of his personality and his work.